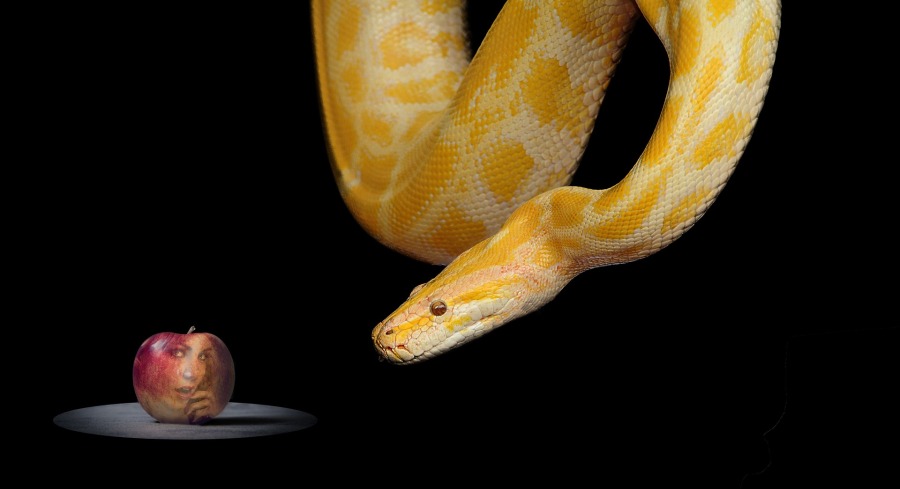 Have you ever been tempted? Ever had something in you that was pushing you to do like “everyone else”? Wanted something so bad that even Rumpelstiltskin’s magic is hoped for? Because no cost is too great of a price to pay in some distant future to have it now! Maybe you felt a strong urge to do something that you knew was wrong or at least not the best option? Thought there was a shortcut or workaround to God? Or heard something that was too good to be true but had to try it? Maybe it was something like, an exercise less, no dietary restrictions weight loss program? If you say you have never been tempted then that means one of two things are true. One, you are the greatest person to ever live or two breathe is wasted on you because you have never wanted anything. One of the two is true.
The Bible has many examples of people being tempted. In the book of Genesis, we read about a young woman who was tempted, not by the forbidden tree but she was tempted with the promise that she would be like God if she eats it. She knew God was not a liar and He didn’t change but it’s a workaround, swallow the pill one and poof.

The serpent said to the woman, “You surely will not die! For God knows that in the day you eat from it your eyes will be opened, and you will be like God, knowing good and evil.” When the woman saw that the tree was good for food, and that it was a delight to the eyes, and that the tree was desirable to make one wise, she took from its fruit and ate; and she gave also to her husband with her, and he ate. Genesis 3:4‭-‬6 NASB‬‬‬

The Word of God tells us that we’re made in the image of God and we are to be holy because He is holy. She was tempted with the chance of being like God. We all know how that turned out. No one can be like God and disobey Him. Even God is duty bound to obey His Word.
God is our Good Shepherd and as so, He knows what’s best for us. He understands who we should be, where we should go, what we should do, and how we are to live. He wouldn’t be a good shepherd if He didn’t care about His flock. He is concerned with every aspect of our existence, hence The Good Shepherd.
When God with His outstretched arm brought salvation to Israel, bringing us out of bondage, He understood our state of being. So He took us the long way out of Egypt.

Now when Pharaoh had let the people go, God did not lead them by the way of the land of the Philistines, even though it was near; for God said, “The people might change their minds when they see war, and return to Egypt.” Hence God led the people around by the way of the wilderness to the Red Sea; and the sons of Israel went up in martial array from the land of Egypt. Exodus 13:17‭-‬18 NASB‬‬‬

God was concerned! And even though we looked powerful leaving bondage with our heads raised high, dressed in the finest and latest fashions, God knew what the effect of seeing war would have on us. He knew that being as frail and as beat down, as we were, the violence of war would tempt us and we would turn back to the shelter of Pharaoh’s loving arms. God knew that war would cause us to romanticize our bondage our destruction.
Some debate that, they say I would not have gone back to slavery. Well, the answer to that is I guess you know more than God. Maybe we should serve you? “I don’t think so, Homey don’t play that!”
And the last example I will use is from the book of Matthew. There we find a young man by the name of Yeshua who had fasted 40 days and 40 nights in a row. As you can imagine he was hungry. However, he is not yet allowed to eat.

After Yeshua had fasted forty days and nights, he was hungry. The Tempter came and said to him, “If you are the Son of God, order these stones to become bread.” But he answered, “The Tanakh says, ‘Man does not live on bread alone, but on every word that comes from the mouth of Adonai ’” Then the Adversary took him to the holy city and set him on the highest point of the Temple. “If you are the Son of God,” he said, “jump! For the Tanakh says, ‘He will order his angels to be responsible for you. . . . They will support you with their hands, so that you will not hurt your feet on the stones.’” Yeshua replied to him, “But it also says, ‘Do not put Adonai your God to the test.’” Once more, the Adversary took him up to the summit of a very high mountain, showed him all the kingdoms of the world in all their glory, and said to him, “All this I will give you if you will bow down and worship me.” “Away with you, Satan!” Yeshua told him, “For the Tanakh says, ‘Worship Adonai your God, and serve only him.’” Then the Adversary let him alone, and angels came and took care of him. Mattityahu (Mat) 4:2‭-‬11 CJB‬‬‬

It is interesting to note Yeshua is not tempted with things he didn’t want. He was hungry he wanted and needed food! He wanted to do great things and a man jumping off a cliff only to fly landing gently on the ground like Superman would have been a great thing… Wow! Finally, Yeshua wanted for all humanity to be saved, that’s a reason for His birth. And even when the Tempter used the Scripture, Yeshua balanced the evil ones words with a greater understanding… It is also written…
At last, the temptations were rejected and Yeshua was able to hold his head high he had resisted the shortcuts and could eat in peace. I wonder if the angles brought him manna? A home cooked meal!
If you want anything godly out of this life, you will be tempted to go astray. People have all kinds of shortcuts to God. People will offer you shortcuts to hard work and diligence. They will show you ways to please God that are not in Scripture or as the Tempter did take out of context and/or not balanced properly with the rest of God’s Word. Those people often mean well. So many people sincerely believe what they are saying is correct. Yet they are using manipulative tactics and are changing the Word of God as ask us, ‘Did He really say that?’
I was taught to never read a Bible verse. And I teach that to others. Read in context. Ask questions, what was going on when this was written? Who is it written to? Where was this done? Has it been mentioned before and where? Is what I am reading, what God said or what the people said? Sometimes reading in context means reading one or two verses before and after, other times it means a chapter or two before and after. Other times it may be the entire book or more than one book. But regardless, it must always be balanced with the two greatest commandments loving God and loving people. We must Stop! with the private interpretations where we create our own context and attempts to rewrite history.
When the temptations come, and they will, we must never be drawn away from the love of Yah. We must use the examples in the Bible set before us to succeed and overcome the adversaries of God.
The only thing you can do to avoid temptations is to die. But death is not an option. Fasting doesn’t stop you from being tempted. Reading the Bible doesn’t do it. And following God won’t stop it. Temptations are a part of life. Temptations come to all who desire to be godly, just like they do with a goal-oriented lifestyle. Our duty is to resist the things that will cause the demise of our relationship with our Father in Heaven. Resistance is not futile! You will not be assimilated to the will of the Tempter and his collective! So long as you fight the enemies of God with the weapons God has provided.
The only way to be successful in the pursuit of holiness is to follow the Good Shepherd, staying close to Him. Unfortunately, sometimes, we do get distracted and we leave the fold not finding out that it was too good to be true. As the Good Shepherd, he comes after us but sometimes we have already been devoured. What happened after they ate of the forbidden tree, He came looking for them but they hid they were ashamed. That’s what giving in to temptation does, it causes us to hide and we are filled with shame. It gives us beautiful promises of the things we want. But in the end, it causes the death of our relationship with God. Please do not let your past govern your future. I believe He’s calling now. He wants us to live!
As Yeshua overcame with the Word of God, so must we. We must fight the good fight. In Him, we live! Stop looking for shortcuts to God and follow His leading because looking away from God will kill.
Sha’alu Shalom Yerushalayim! Shabbat Shalom!