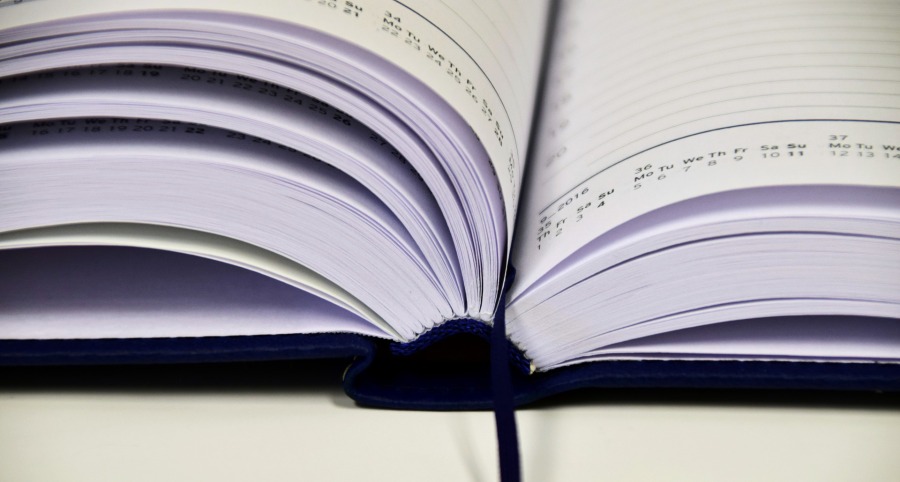 When I was a child I remember being taught about having a vision. No, not seeing stuff floating or seeing through walls or going into a trance. I was taught that without a vision or understanding of what I was to do, failure was the only option. I was given the first few words of Proverbs 29:18 as a reference and to reinforcement. I believed that with my whole heart. If I were playing sports or a game, I would do so with my victory in mind. I could see myself at the finish line seconds before anyone else. I could see me catching the winning touchdown before the game even started. I knew I would have the best grades in all of my classes because I had a vision of me winning. I could even see me walking closely behind the Holy One of Israel as He ruled the world as the Supreme King, in the days to come!

However, I had asthma, so I seldom won the race. The football team I was on started the season victoriously! In fact, we were undefeated until the second game of the season. We finished the season with one win. So, sad. Because I was somewhat intelligent, I was usually in class with other intelligent people. You guessed it, I had average grades, everyone in the class was just as smart as I was. Seriously!

But what about my vision? I had a vision! I could see it all before me. It was as clear as fresh water. I was walking with the King in my vision. I could see it. I could feel the vibration of the shouts of the people as every one of us lifted our voices to sing the praises of the King of kings. The praises of the One who had conquered life and death! We were rejoicing at the Salvation of the One who had once and for all drowned Pharaoh, the wicked taskmaster in the sea. And he had given us rest from all our enemies, that was unsurpassed.

But then I started looking around and seeing some pretty interesting things. Wow! The world was not as bad as they had made it seem. The people that did not believe in God (or at least not to my ultra-holy righteous standards) were often more kind, polite and trustworthy than many of the people I had grown up with listening to the word of God. These people were beautiful and fun to be with and I lost focus of everything. What had happened to me? I questioned the vision. I could still see myself winning and being victorious but I was making decisions that were not in sync with my vision. What was I to do?

I know! Read the passage. I read the scripture again and again. I could still hear the voices of the people shouting to God. The earth was still shaking because of the uproar of the people. I still saw myself as victorious but I wasn’t victorious. In reality…I was losing ground. I was moving farther away from the place I could see myself. What was I doing wrong? Yes, I know I was slipping away from where I could see myself. I knew then it was because of my poor choices. My emotions were leading me a stay, but not to worry because I justified my actions with logic. My visions seemed more like night terrors. But I could see me being victorious. I could still taste victory all while I was being defeated.

Have you ever been here? Have you ever seen it going differently than planned? Or maybe we lied to yourself saying it will be ok in the end, really. Even when you know things that go from bad to worse rarely turn out for the best. Maybe your friends have you reinforced it, “Oh it’s ok, you’ve just set unrealistic goals, come back to earth.” Well, you are not alone.

In the book of 1 Samuel, we discover the real-life events of people just like us. The people of Israel could see themselves victorious in the 4th chapter in the battle against our mortal enemies the Philistines. Yet, we were losing the battle. There were about 4000 souls lost at the beginning of the war! Then we had an ‘Uh huh’ moment! We had a secret weapon! We will use our secret weapon to defeat our Nemesis. We had one more trick up our sleeve.

Some of us left the battle and went to retrieve the Ark of the Testimony, after all, we are the only people on earth that had one. And this was the best hat trick out there, so we thought.

When the Ark was brought to the battle front we shouted! Shouted! And Shouted some more! The enemy heard our battle cry and boy were they afraid, shaken to the core.

Well, it was a miserable defeat! Not only did we lose the war, we lost the Ark! Totally humiliated, our dreams crushed! Our God had forsaken us?

No, He was faithful to His word. We were disobedient. We used the Ark as a get out of bondage clause. We saw the potential of the Power of God and what He is able to do for His people. We had heard the stories over and over again. But just like them, I was doing the same thing in my life that you may be doing in yours. Seeing the end!

Please don’t get me wrong, seeing the end is important but what is more important is seeing the now! I knew where I want to go. I knew what I want to do. And there was nothing anyone could have done or said to make me think differently about being victorious, living in the Salvation of God that is for me. But what about the now? That’s where the disconnect was.

I now feel that it’s important to see the steps between where I am and where I want to be. I now visualize the steps required of me to win the race. I visualize myself doing the things needed to reach my goal.

By the way, I haven’t had an asthma attack in years, I even run 3 to 4 days a week and I don’t own a nebulizer. I didn’t get to this point by looking only at my end, rather I realized this by seeing all the steps in between where I was and where I wanted to be. I began doing each step needed to get to the end.

The King James Version has Proverbs 29:18 as “Where there is no vision, the people perish: but he that keeps the law, happy is he.” (I changed keepeth to keeps.)

The Law of God is not a magic bullet or a hat trick. Keeping the Instruction of God is about the step-by-step process of living every moment with the idea of seeing His face in peace. Doing the simple steps of His word prepares us for everything that comes toward us. And it is His word that causes us to triumph.

In 1 Samuel 4, we believed with our hearts that being Israel would save us. Once again, we were reminded that the promise of God is not a guarantee of victory for any situation. The promises of God are reminds of our dependency on Him and the need for each of the People of God to do their part. It reminds us of the importance of living like we are followers of His truth.

Don’t only look at the end like so many religious people do. “Where are you going to go when you die?” They are looking at the end. Is the final sum of our lives important? Most definitely. However, the steps we take in between now and then is what we are judged on: not wishful thinking.

What is the next thing you need to do to develop a better life with and for your family? Friends? Coworkers? Employees? The stranger in the elevator? Will your next step/action/thought/desire bring you closer to the perfect will of God? If it will not bring you closer you are moving away. How do I know I am moving closer? (Well, that’s a good question and will be answered in another post. So don’t forgot to follow us.)

May you always be doing what will bring you closer to the Joy and Love of the God of Heaven and Earth. May your every taught strengthen your resolve to have your name written in the book of like.

May you never be blotted out.

Torah is Life to all those who take hold of it.